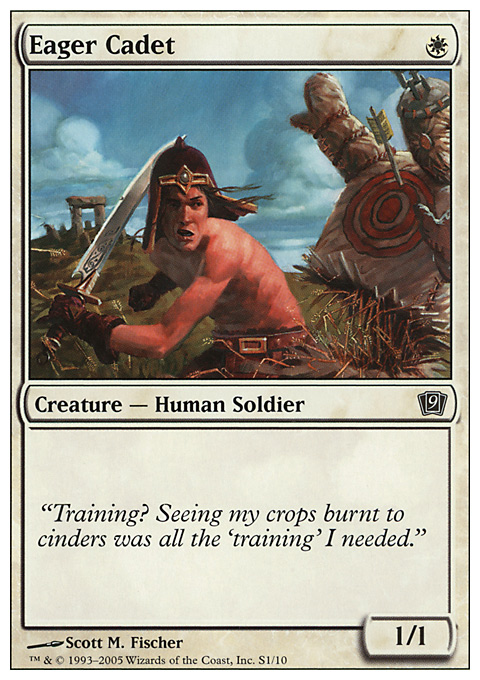 Creature - Human Soldier
"Training? Seeing my crops burnt to cinders was all the 'training' I needed."
1/1 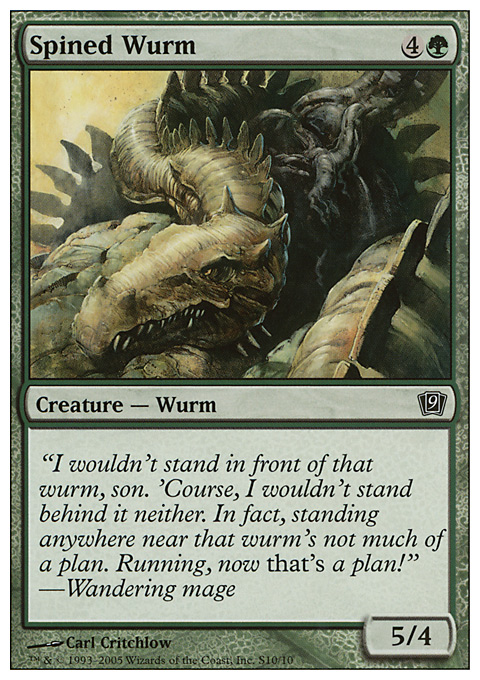 Creature - Wurm
"I wouldn't stand in front of that wurm, son. 'Course, I wouldn't stand behind it neither. In fact, standing anywhere near that wurm's not much of a plan. Running, now that's a plan!"
—Wandering mage
5/4 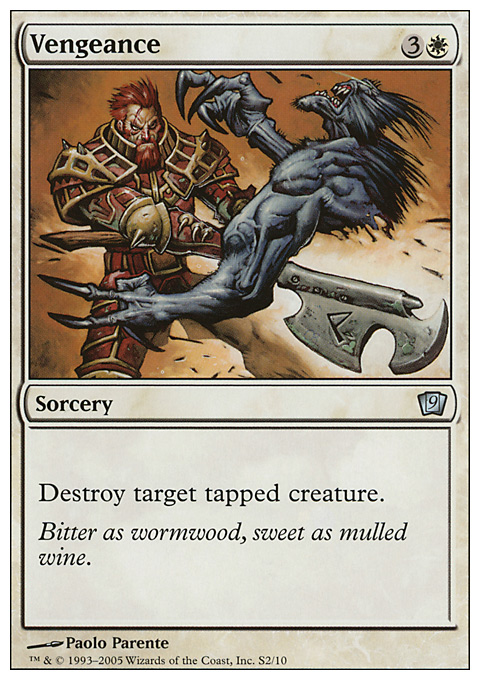 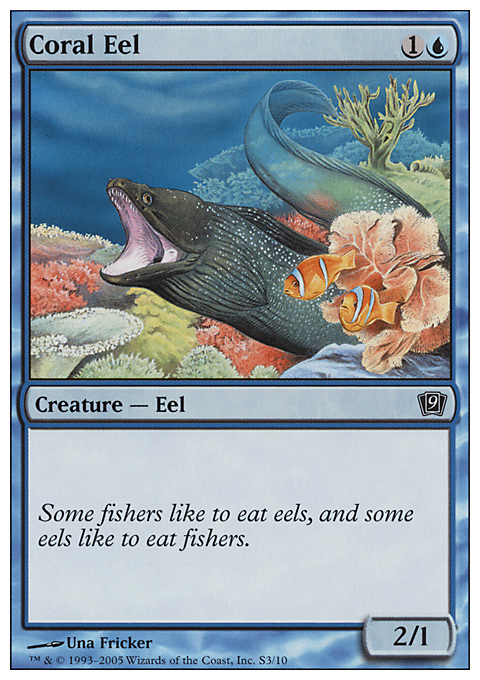 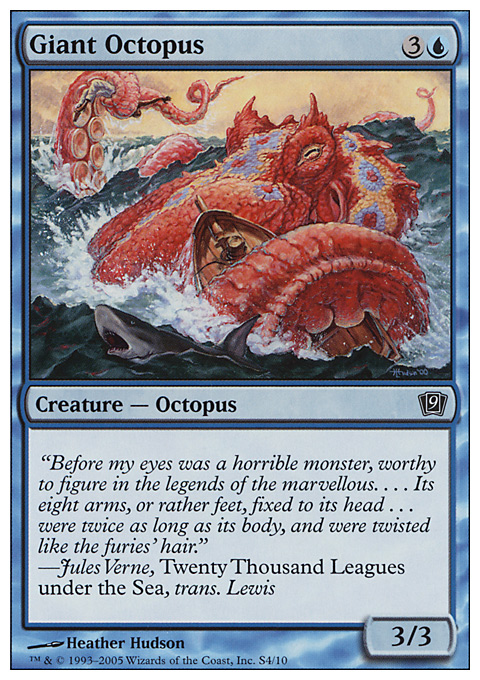 Creature - Octopus
"Before my eyes was a horrible monster, worthy to figure in the legends of the marvellous. . . . Its eight arms, or rather feet, fixed to its head . . . were twice as long as its body, and were twisted like the furies' hair."
—Jules Verne, Twenty Thousand Leagues under the Sea, trans. Lewis
3/3 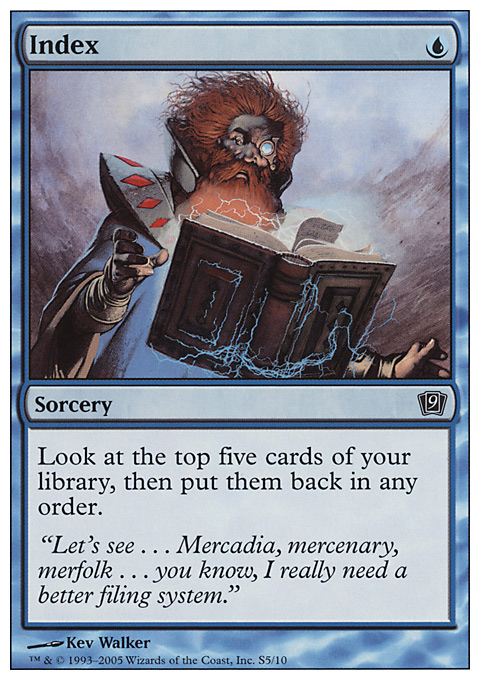 Sorcery
Look at the top five cards of your library, then put them back in any order.
"Let's see . . . Mercadia, mercenary, merfolk . . . you know, I really need a better filing system." 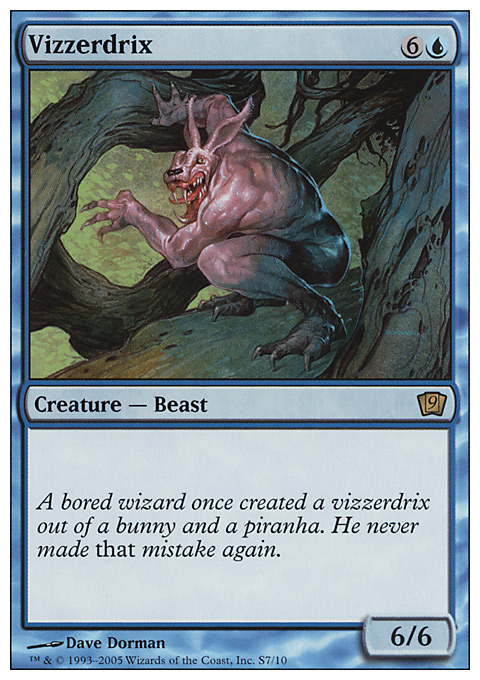 Creature - Rabbit Beast
A bored wizard once created a vizzerdrix out of a bunny and a piranha. He never made that mistake again.
6/6 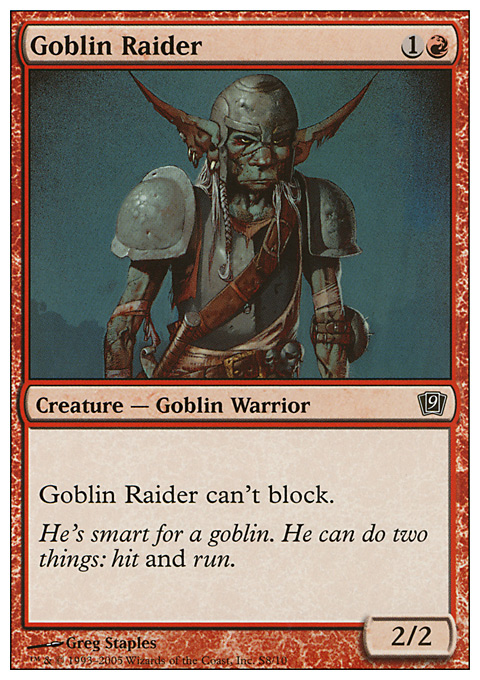 Creature - Goblin Warrior
Goblin Raider can't block.
He's smart for a goblin. He can do two things: hit and run.
2/2 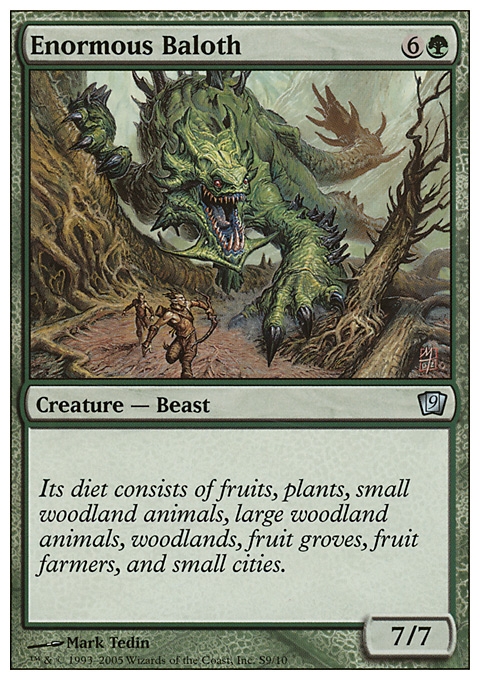 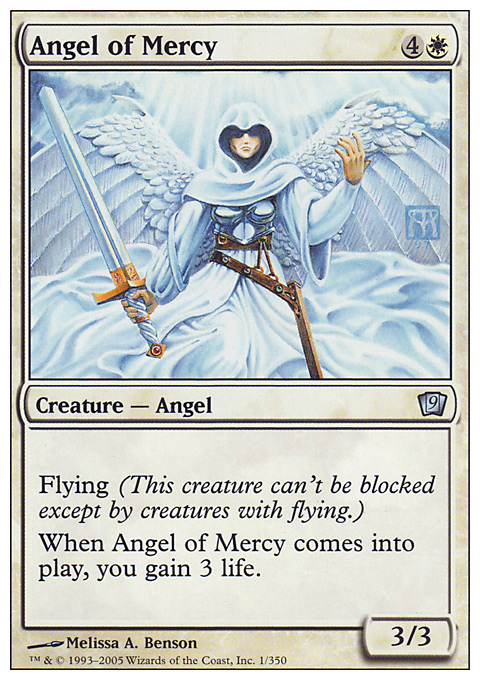 Creature - Angel
Flying
When Angel of Mercy enters the battlefield, you gain 3 life.
3/3 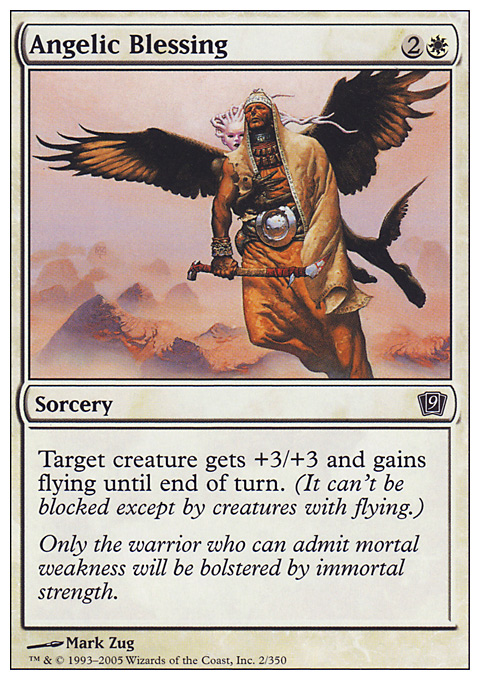 Sorcery
Target creature gets +3/+3 and gains flying until end of turn.
Only the warrior who can admit mortal weakness will be bolstered by immortal strength. 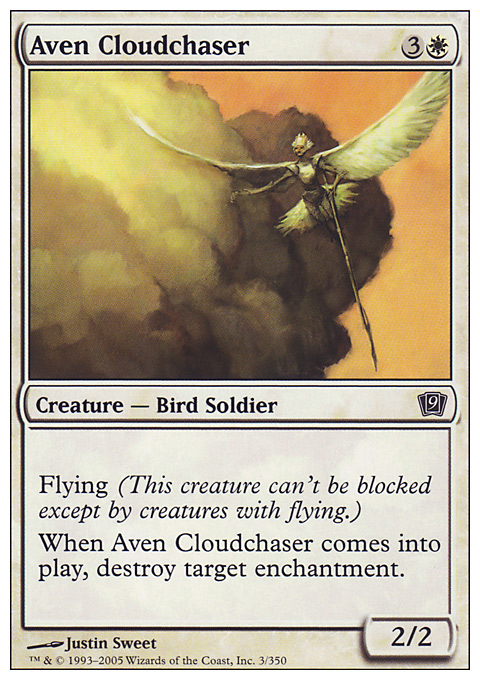 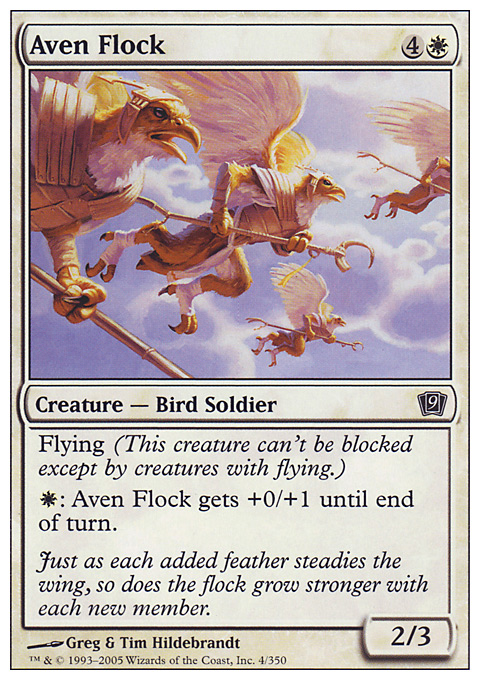 Creature - Bird Soldier
Flying
{W}: Aven Flock gets +0/+1 until end of turn.
Just as each added feather steadies the wing, so does the flock grow stronger with each new member.
2/3 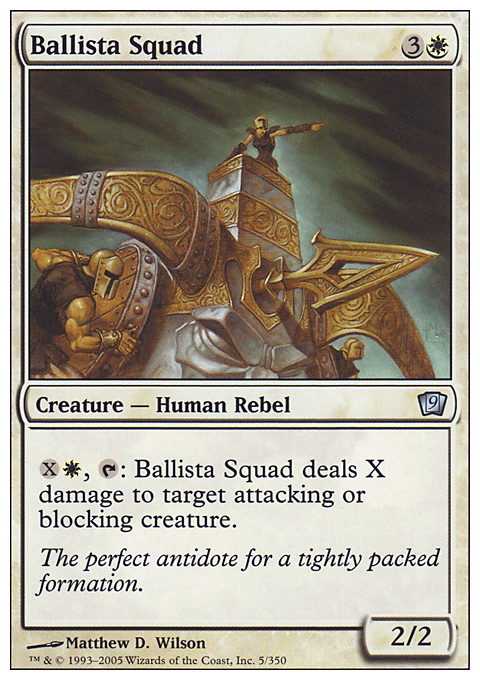 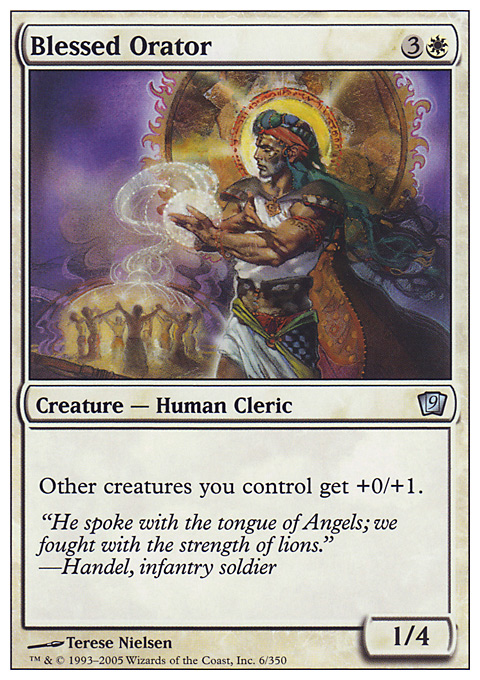 Creature - Human Cleric
Other creatures you control get +0/+1.
"He spoke with the tongue of Angels; we fought with the strength of lions."
—Handel, infantry soldier
1/4 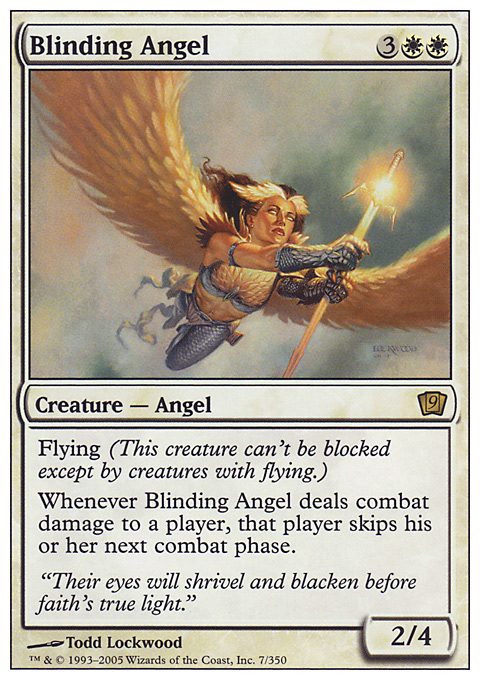 Creature - Angel
Flying
Whenever Blinding Angel deals combat damage to a player, that player skips their next combat phase.
"Their eyes will shrivel and blacken before faith's true light."
2/4 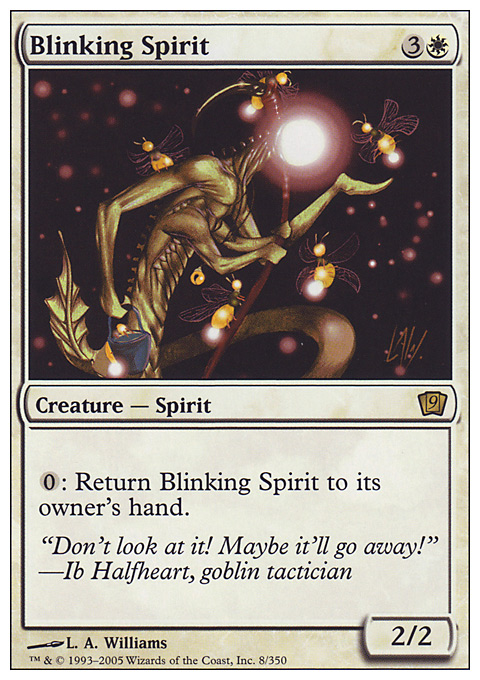 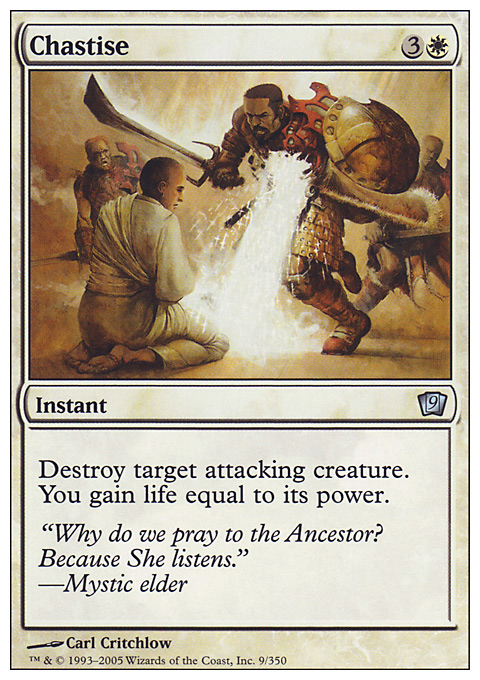 Instant
Destroy target attacking creature. You gain life equal to its power.
"Why do we pray to the Ancestor? Because She listens."
—Mystic elder 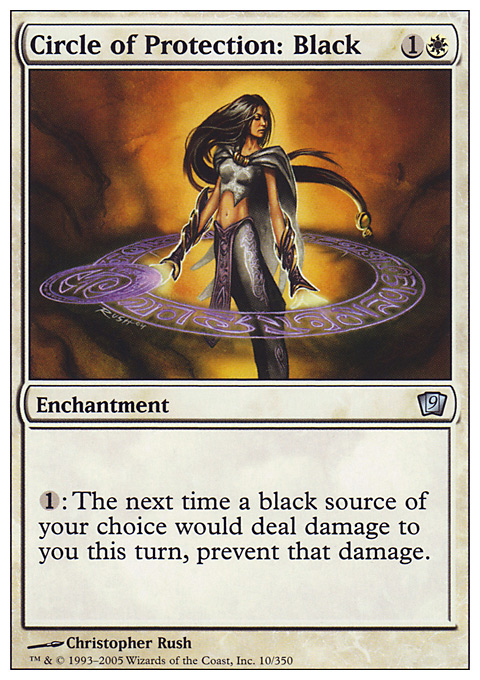 Enchantment
{1}: The next time a black source of your choice would deal damage to you this turn, prevent that damage. 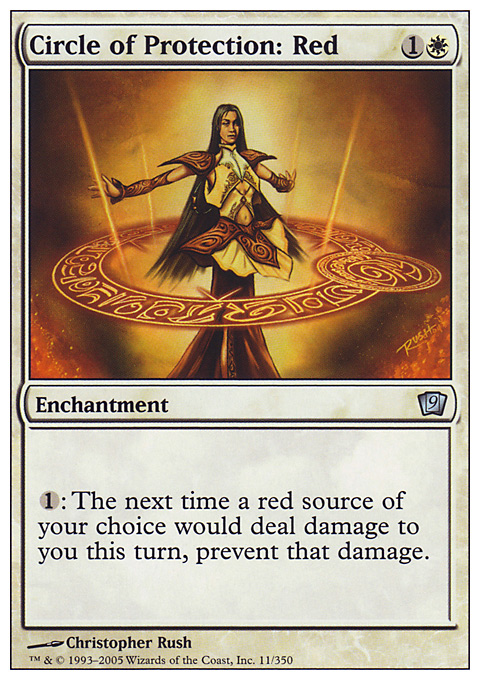 Enchantment
{1}: The next time a red source of your choice would deal damage to you this turn, prevent that damage. 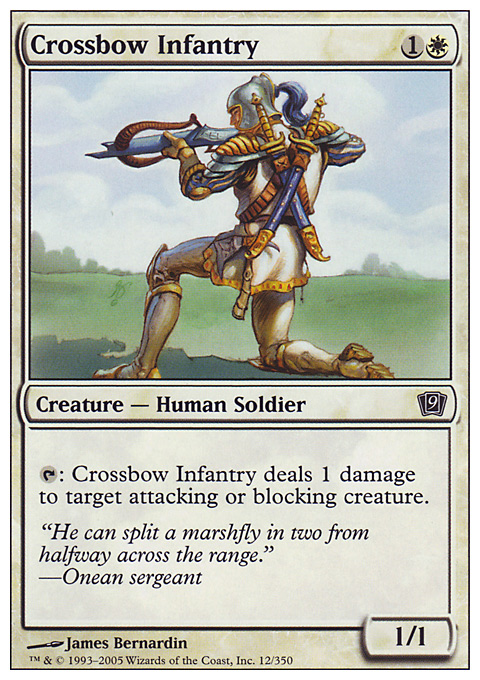 Creature - Human Soldier Archer
{T}: Crossbow Infantry deals 1 damage to target attacking or blocking creature.
"He can split a marshfly in two from halfway across the range."
—Onean sergeant
1/1 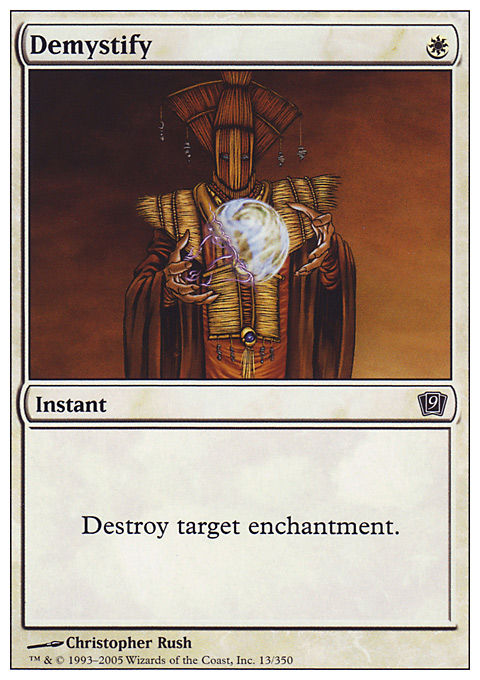 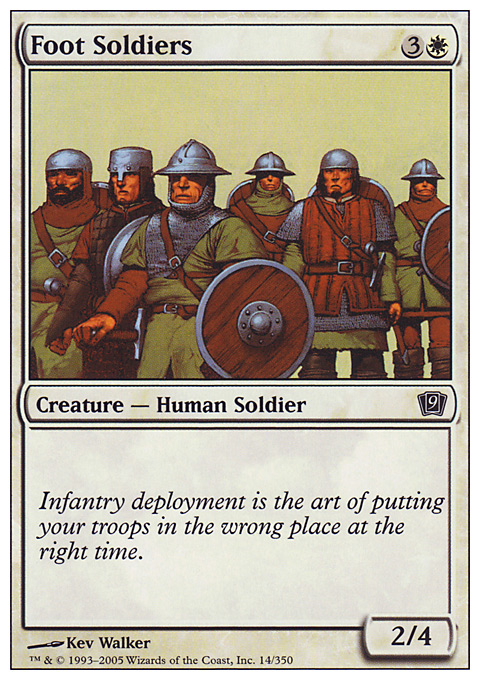 Creature - Human Soldier
Infantry deployment is the art of putting your troops in the wrong place at the right time.
2/4 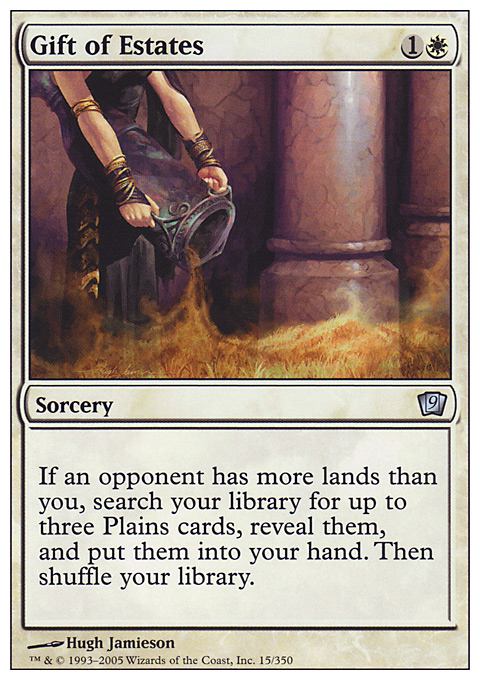 Sorcery
If an opponent controls more lands than you, search your library for up to three Plains cards, reveal them, and put them into your hand. Then shuffle your library. 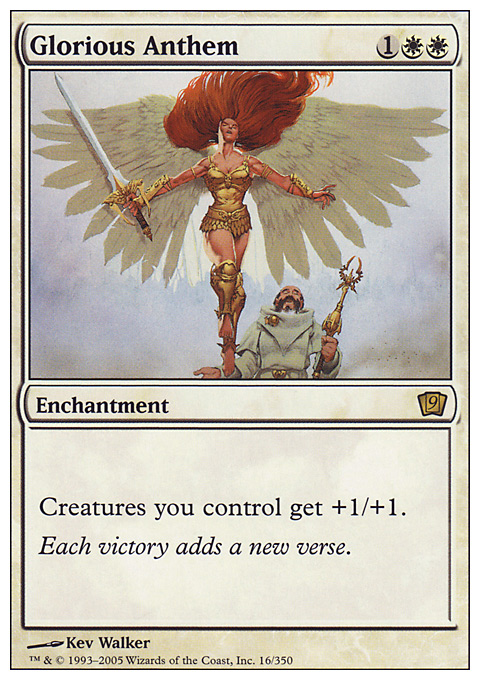