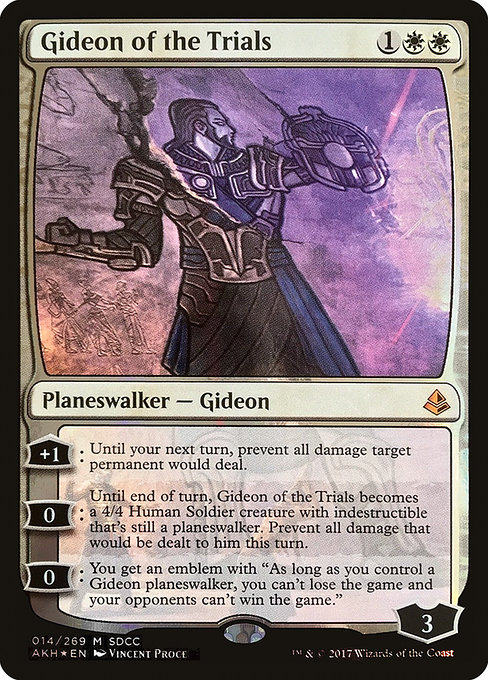 Legendary Planeswalker - Gideon
[+1]: Until your next turn, prevent all damage target permanent would deal.
[0]: Until end of turn, Gideon of the Trials becomes a 4/4 Human Soldier creature with indestructible that's still a planeswalker. Prevent all damage that would be dealt to him this turn.
[0]: You get an emblem with "As long as you control a Gideon planeswalker, you can't lose the game and your opponents can't win the game."
Loyalty:
3 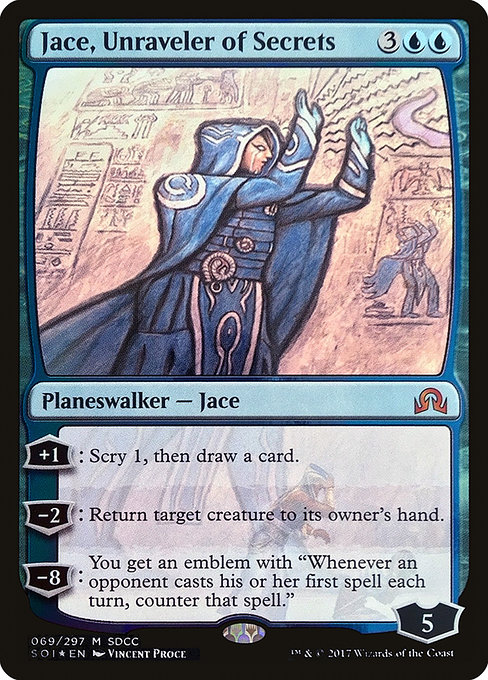 Legendary Planeswalker - Jace
[+1]: Scry 1, then draw a card.
[–2]: Return target creature to its owner's hand.
[–8]: You get an emblem with "Whenever an opponent casts their first spell each turn, counter that spell."
Loyalty:
5 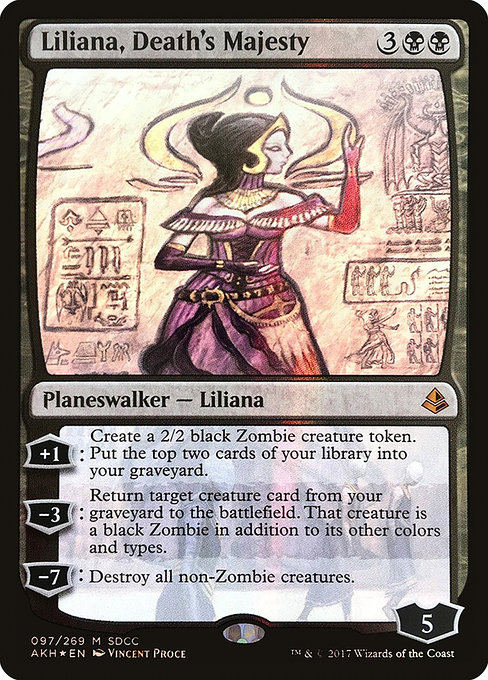 Legendary Planeswalker - Liliana
[+1]: Create a 2/2 black Zombie creature token. Mill two cards.
[–3]: Return target creature card from your graveyard to the battlefield. That creature is a black Zombie in addition to its other colors and types.
[–7]: Destroy all non-Zombie creatures.
Loyalty:
5 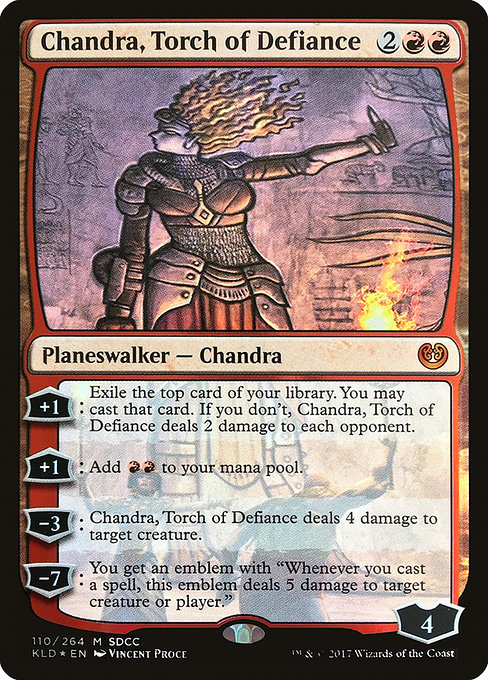 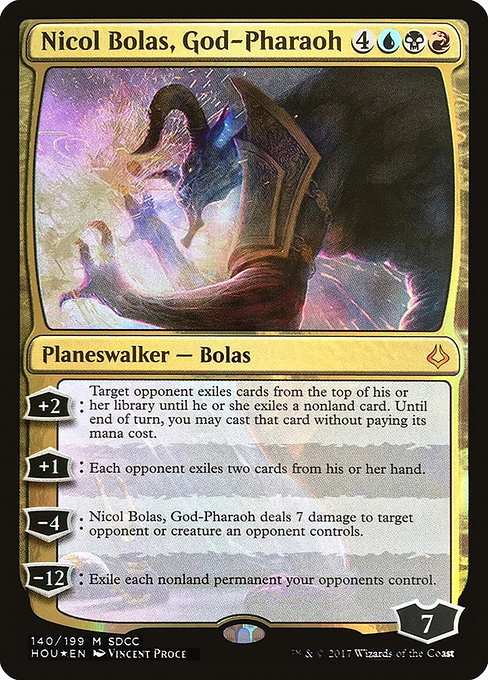 Legendary Planeswalker - Bolas
[+2]: Target opponent exiles cards from the top of their library until they exile a nonland card. Until end of turn, you may cast that card without paying its mana cost.
[+1]: Each opponent exiles two cards from their hand.
[–4]: Nicol Bolas, God-Pharaoh deals 7 damage to target opponent, creature an opponent controls, or planeswalker an opponent controls.
[–12]: Exile each nonland permanent your opponents control.
Loyalty:
7 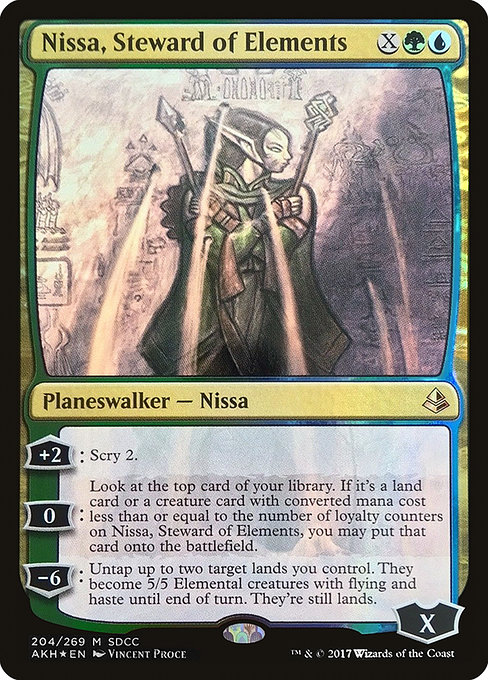 Legendary Planeswalker - Nissa
[+2]: Scry 2.
[0]: Look at the top card of your library. If it's a land card or a creature card with mana value less than or equal to the number of loyalty counters on Nissa, Steward of Elements, you may put that card onto the battlefield.
[–6]: Untap up to two target lands you control. They become 5/5 Elemental creatures with flying and haste until end of turn. They're still lands.
Loyalty:
X