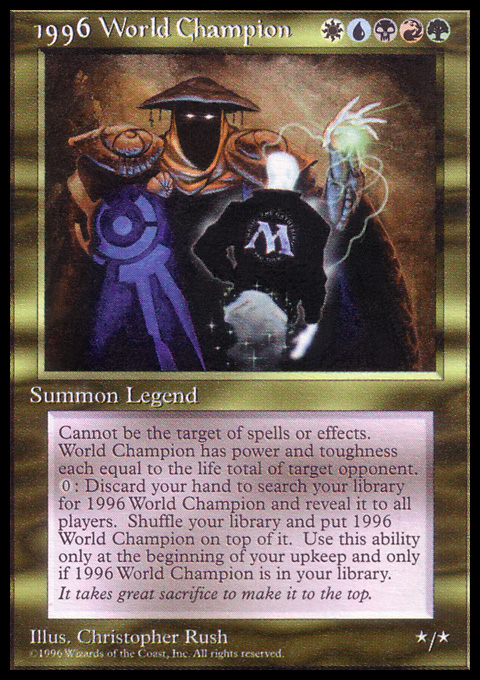 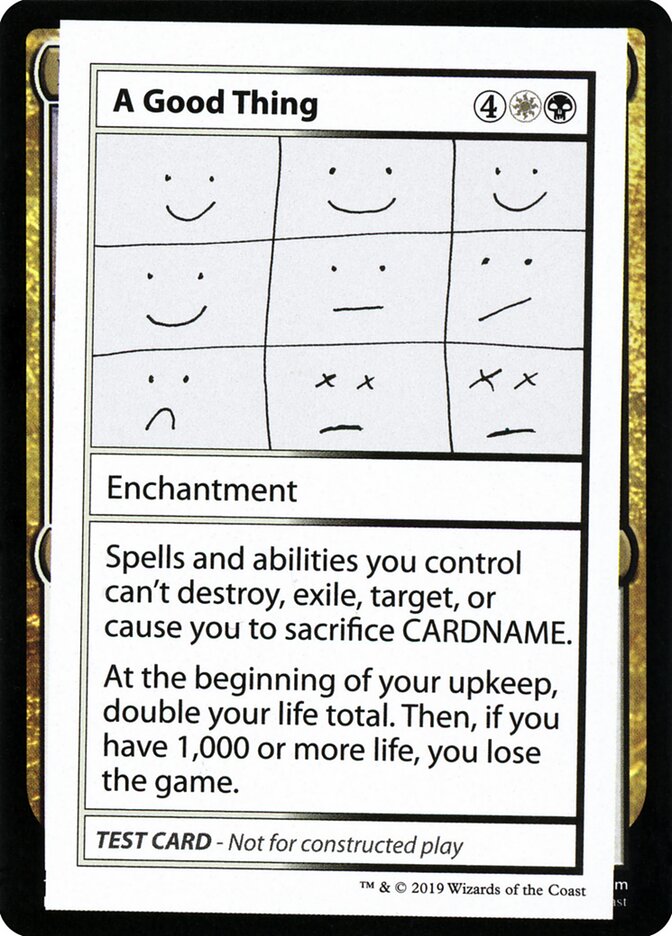 Enchantment
Spells and abilities you control can't destroy, exile, target, or cause you to sacrifice A Good Thing.
At the beginning of your upkeep, double your life total. Then, if you have 1,000 or more life, you lose the game. 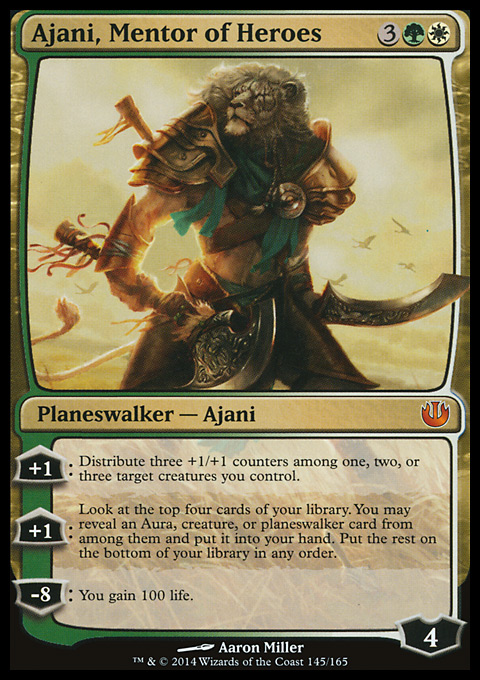 Legendary Planeswalker - Ajani
[+1]: Distribute three +1/+1 counters among one, two, or three target creatures you control.
[+1]: Look at the top four cards of your library. You may reveal an Aura, creature, or planeswalker card from among them and put it into your hand. Put the rest on the bottom of your library in any order.
[–8]: You gain 100 life.
Loyalty:
4 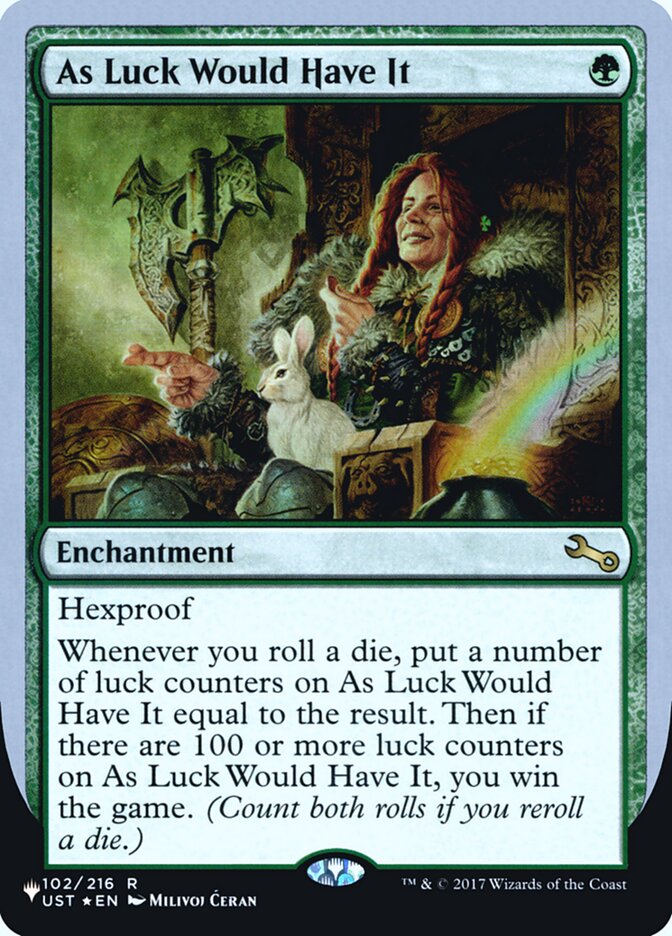 As Luck Would Have It {G} 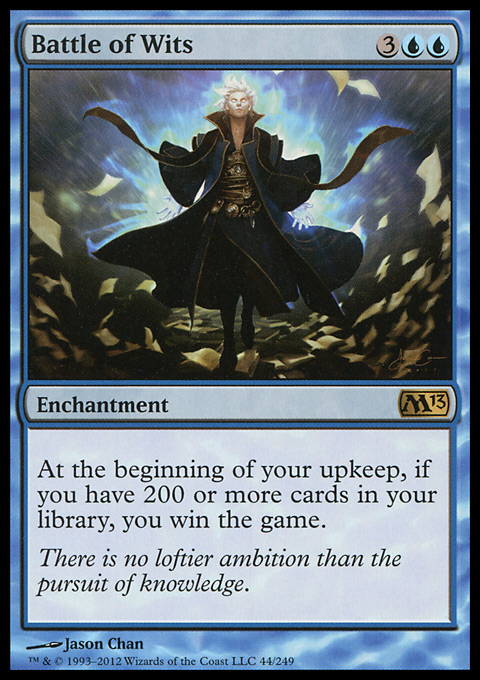 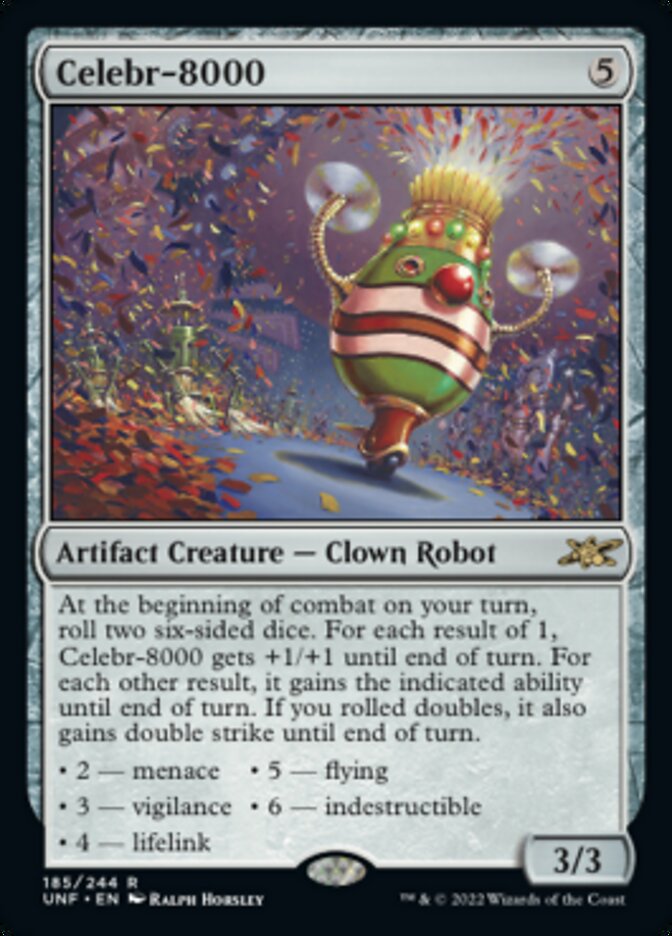 Artifact Creature - Clown Robot
At the beginning of combat on your turn, roll two six-sided dice. For each result of 1, Celebr-8000 gets +1/+1 until end of turn. For each other result, it gains the indicated ability until end of turn. If you rolled doubles, it also gains double strike until end of turn.
• 2 — menace
• 3 — vigilance
• 4 — lifelink
• 5 — flying
• 6 — indestructible
3/3 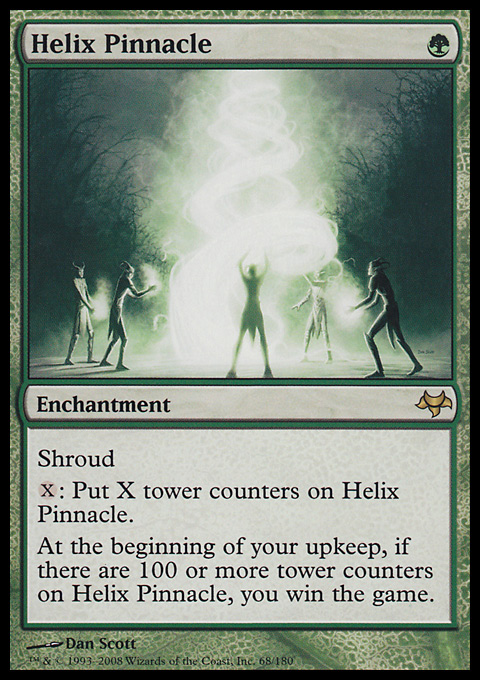 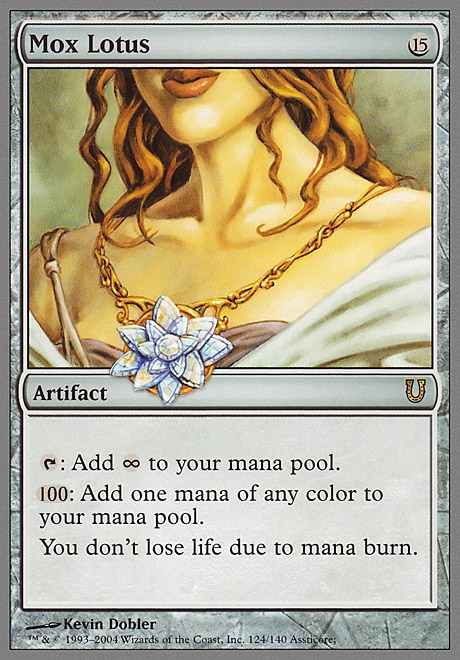 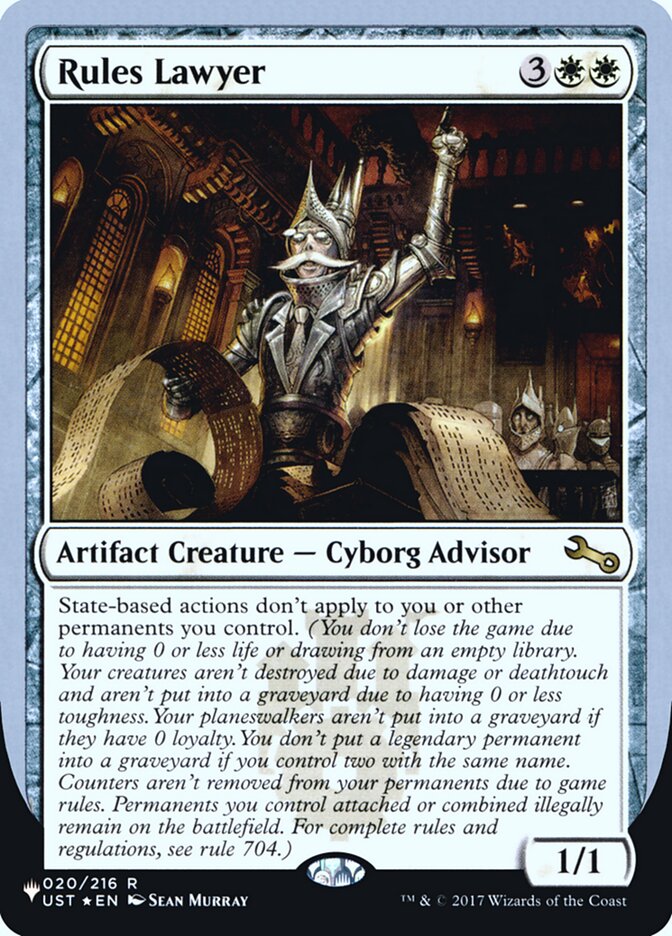 Artifact Creature - Cyborg Advisor
State-based actions don't apply to you or other permanents you control. (You don't lose the game due to having 0 or less life or drawing from an empty library. Your creatures aren't destroyed due to damage or deathtouch and aren't put into a graveyard due to having 0 or less toughness. Your planeswalkers aren't put into a graveyard if they have 0 loyalty. You don't put a legendary permanent into a graveyard if you control two with the same name. Counters aren't removed from your permanents due to game rules. Permanents you control attached or combined illegally remain on the battlefield. For complete rules and regulations, see rule 704.)
1/1 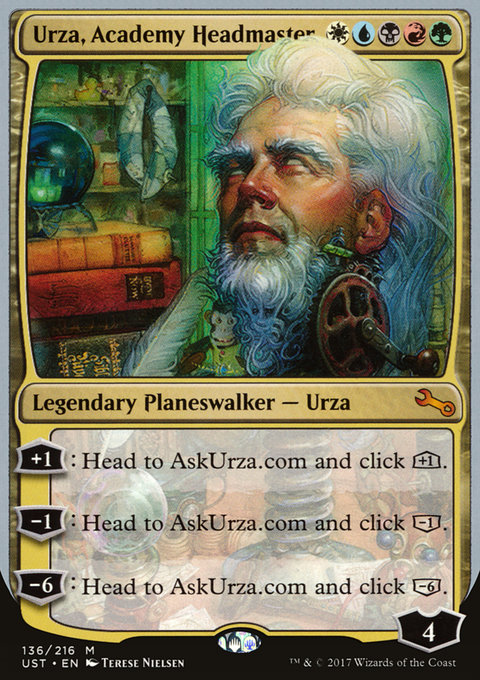 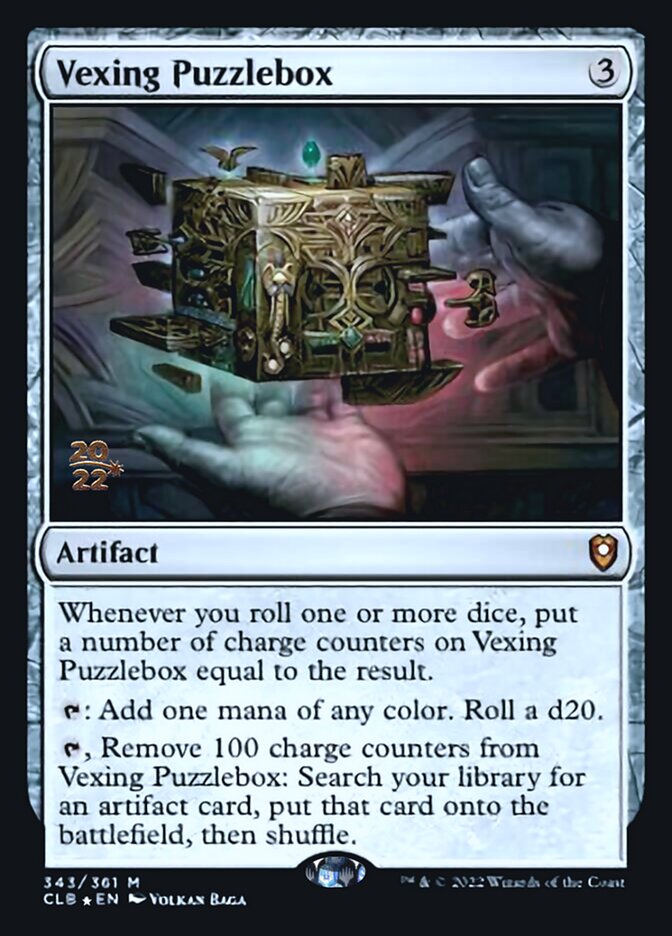