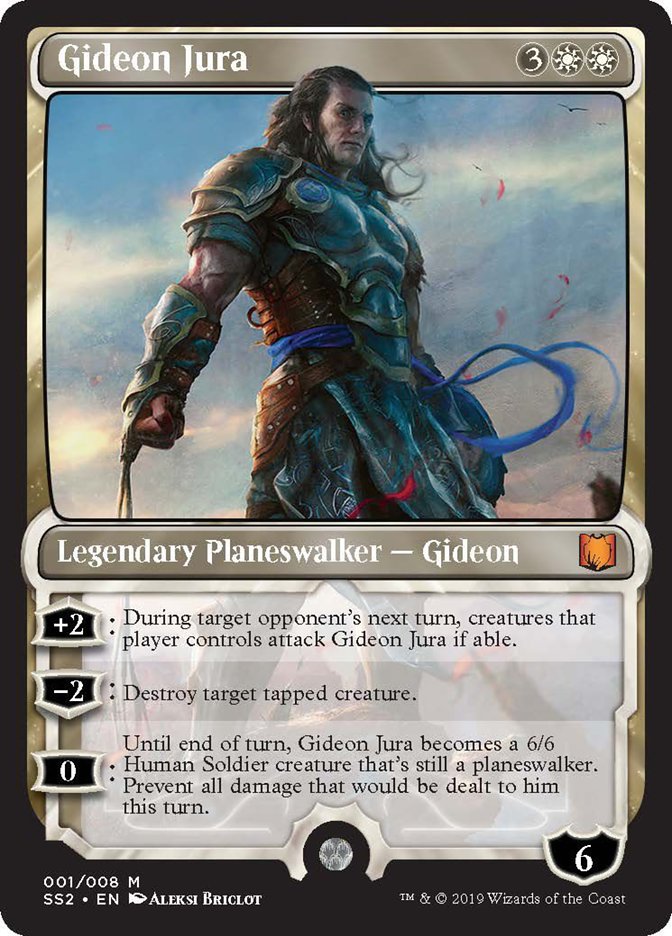 Legendary Planeswalker - Gideon
[+2]: During target opponent's next turn, creatures that player controls attack Gideon Jura if able.
[–2]: Destroy target tapped creature.
[0]: Until end of turn, Gideon Jura becomes a 6/6 Human Soldier creature that's still a planeswalker. Prevent all damage that would be dealt to him this turn.
Loyalty:
6 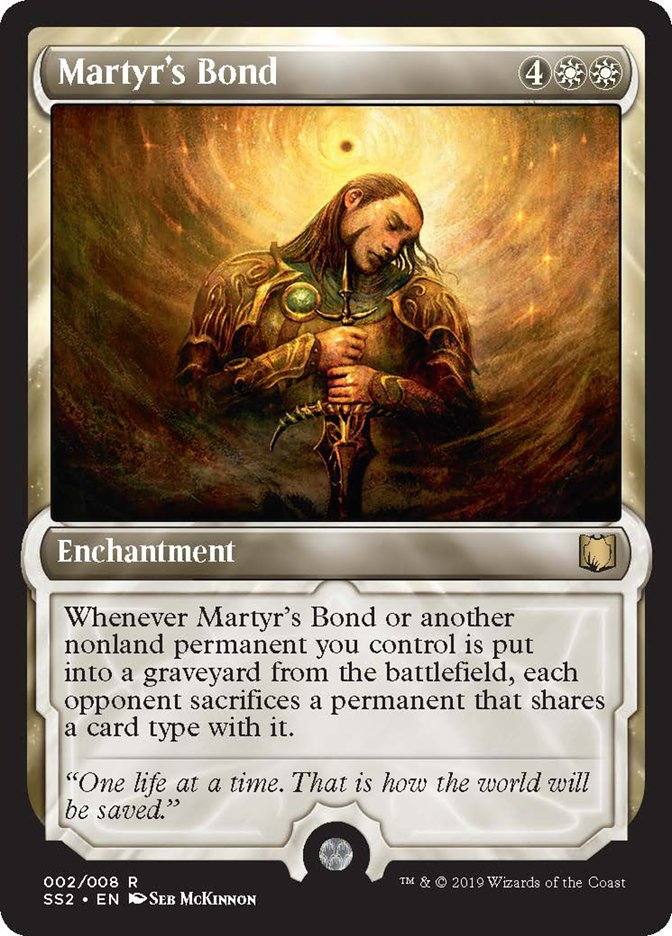 Enchantment
Whenever Martyr's Bond or another nonland permanent you control is put into a graveyard from the battlefield, each opponent sacrifices a permanent that shares a card type with it.
"One life at a time. That is how the world will be saved." 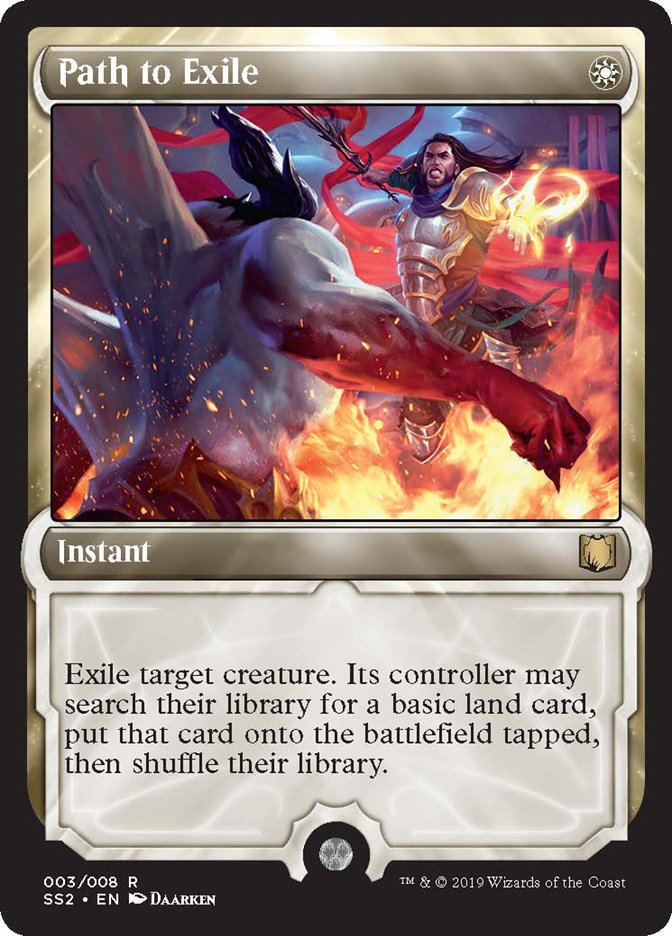 Instant
Exile target creature. Its controller may search their library for a basic land card, put that card onto the battlefield tapped, then shuffle their library. 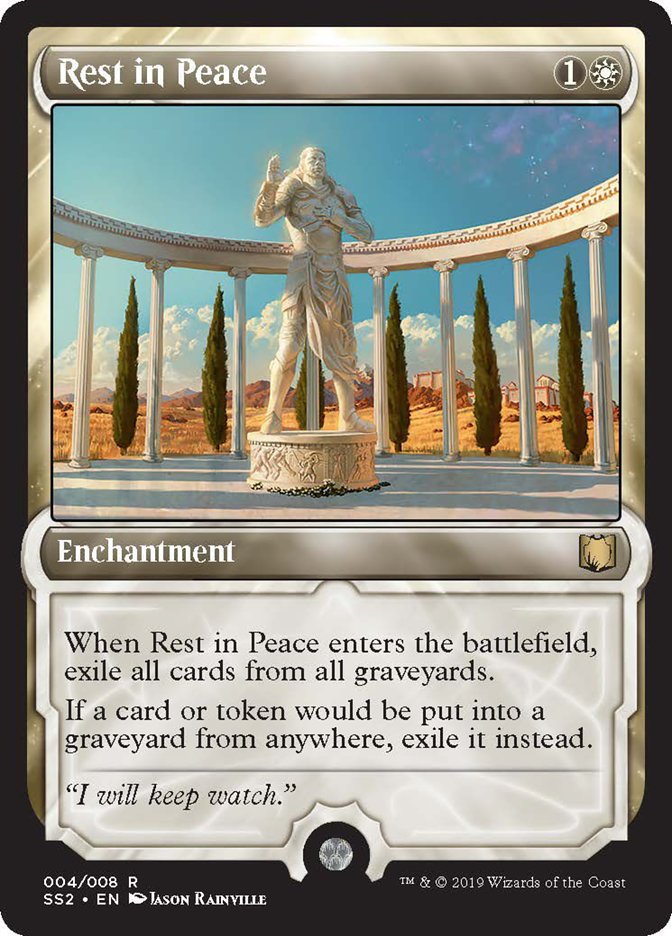 Enchantment
When Rest in Peace enters the battlefield, exile all cards from all graveyards.
If a card or token would be put into a graveyard from anywhere, exile it instead.
"I will keep watch." 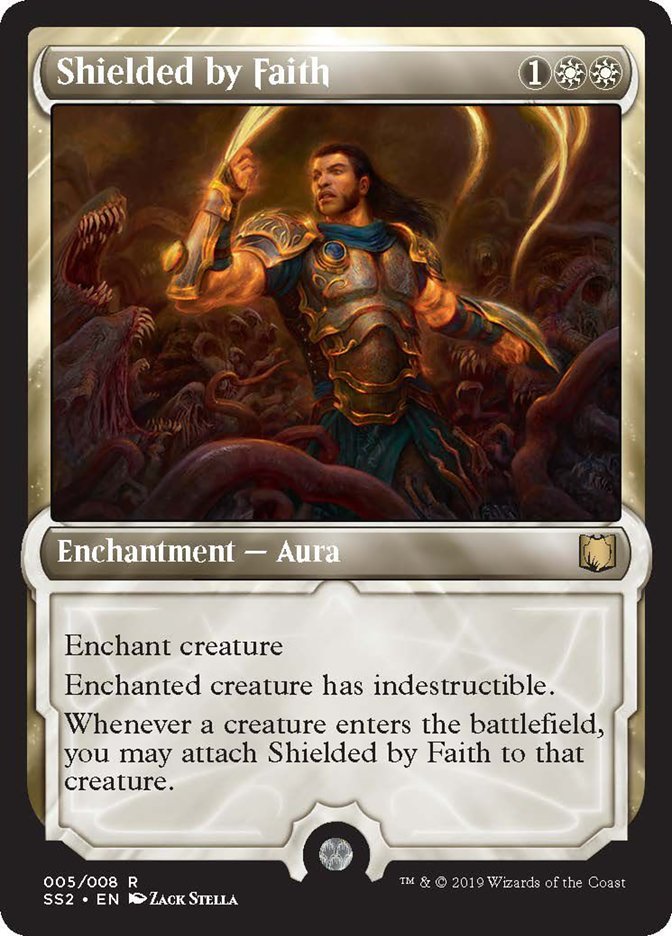 Enchantment - Aura
Enchant creature
Enchanted creature has indestructible.
Whenever a creature enters the battlefield, you may attach Shielded by Faith to that creature. 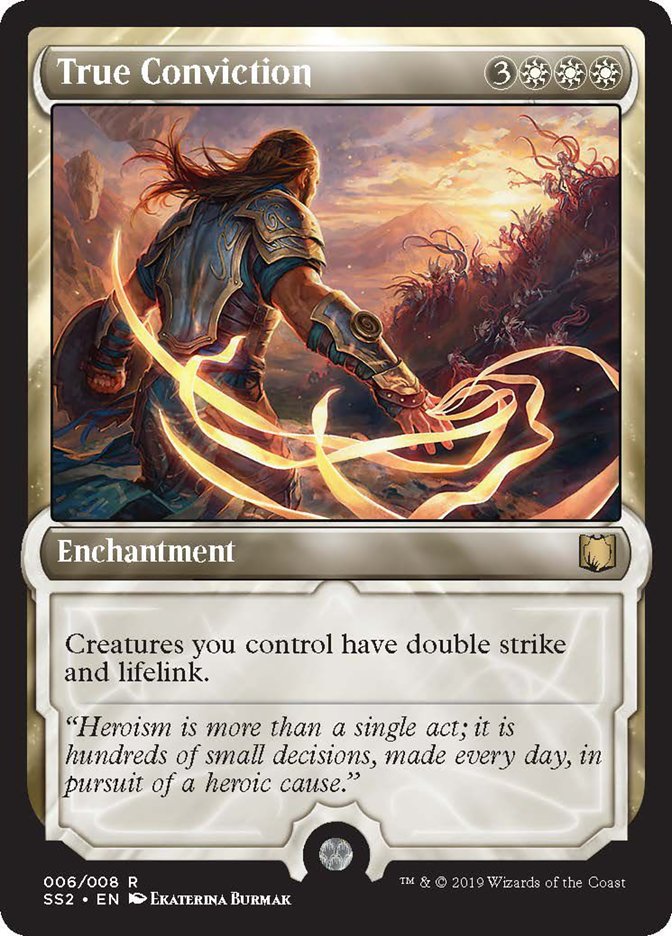 Enchantment
Creatures you control have double strike and lifelink.
"Heroism is more than a single act; it is hundreds of small decisions, made every day, in pursuit of a heroic cause." 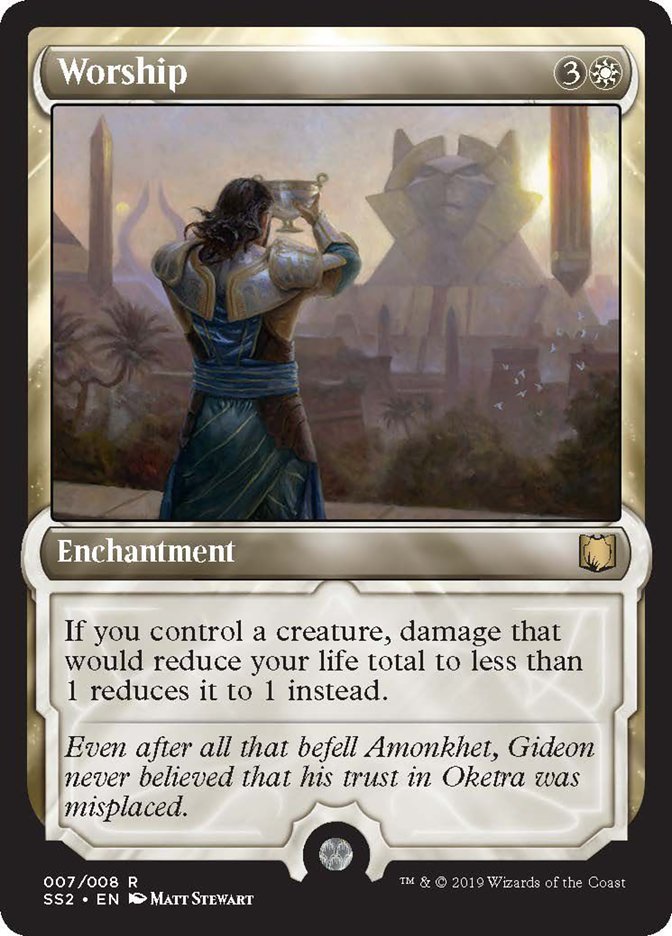 Enchantment
If you control a creature, damage that would reduce your life total to less than 1 reduces it to 1 instead.
Even after all that befell Amonkhet, Gideon never believed that his trust in Oketra was misplaced. 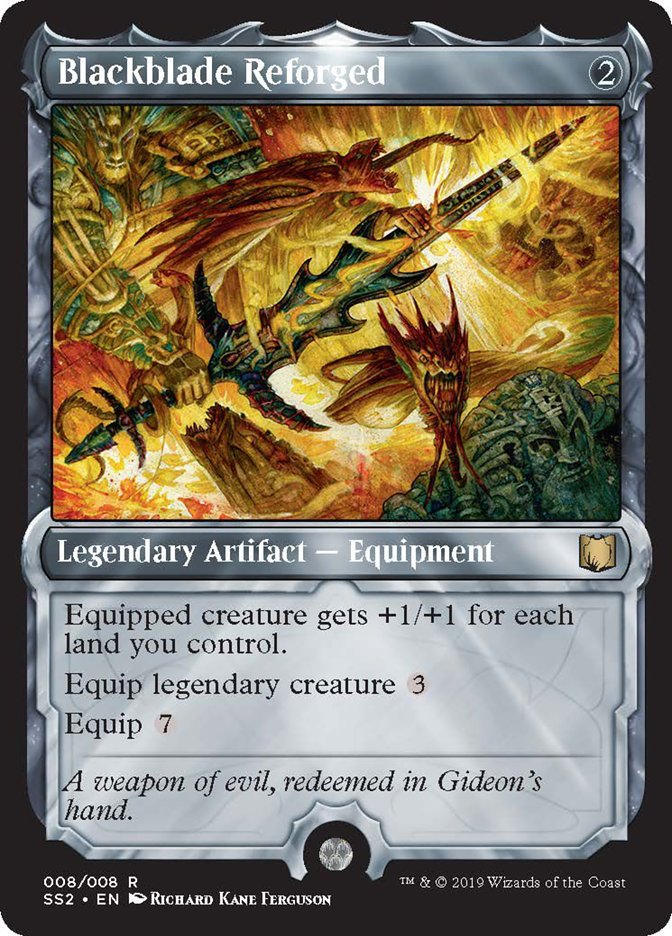 Legendary Artifact - Equipment
Equipped creature gets +1/+1 for each land you control.
Equip legendary creature {3}
Equip {7}
A weapon of evil, redeemed in Gideon's hand.